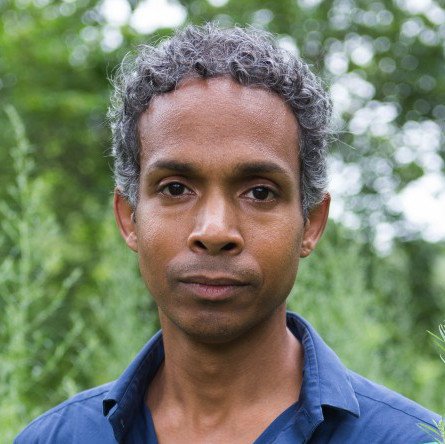 In this recorded video, Christian Olbey, Karina Vernon, Nadine Chambers, and David Chariandy give talks on the topic of “Black Lives, Black Relations.”

Christian Olbey has been a warehouse worker, mover, construction worker, grocery clerk, waiter, bartender, baseball instructor, teaching assistant, hockey coach, umpire, and has spent the 21st century, so far, teaching in the English department at the University of Calgary. He has published on the 19th century, African-American descended, Canadian abolitionist Mary Ann Shadd, the literature of slavery and abolition, and on the works of Dionne Brand. These days, his greatest pleasures beyond the humans in his life are critically engaging literature with large groups of people, cross-country skiing, and using a ball and stick in the never-ending search for the pure line around a golf course.

Karina Vernon is an Assistant Professor at the University of Toronto Scarborough, specializing in Canadian literature, black Canadian cultural studies, collective memory, archives, and Canadian urban studies. Two book-length projects underway include The Black Prairies: History, Subjectivity, Writing, which constructs an archive of black prairie writing, from the nineteenth-century pioneers to contemporary writers, and The Black Atlantis: Black Prairie Literature and Orature, a selected anthology of black prairie writing. She is the co-founder and editor of Commodore Books, the first black literary press in western Canada, and she is active with the Hogan’s Alley Memorial Project, a grassroots cultural organization engaged in local archival work toward the publication of an oral history of black Vancouver.

Nadine King Chambers is an Afro-Caribbean raised by working class grandparents and a librarian mother in Jamaica with the last 25 yrs in the semi-rural and urban Pacific West Coast of Canada. Her formalized studies have been primarily hunting colonization in the areas of gender/law/resource management, literature, and Indigenous studies. She left formal school in 2012 to remain ungovernable and free to travel between subjects, languages, and transatlantic thought paths.

David Chariandy lives in Vancouver, the traditional and unceded territories of the Musqueam, the Squamish, and Tsleil-Waututh peoples. He teaches at Simon Fraser University, specializing in Canadian, Caribbean, and Global Black literatures, and is the recent co-editor, with Phanuel Antwi, of a special issue of Transition Magazine (124) entitled “Writing Black Canadas.” He is the author of two novels: Soucouyant, nominated for several literary prizes and awards, including the Governor General’s Award for Fiction; and Brother, winner of the 2017 Rogers Writers’ Trust Fiction Prize.

Special thanks to Ben Groh and Edward Parker for editing this video.