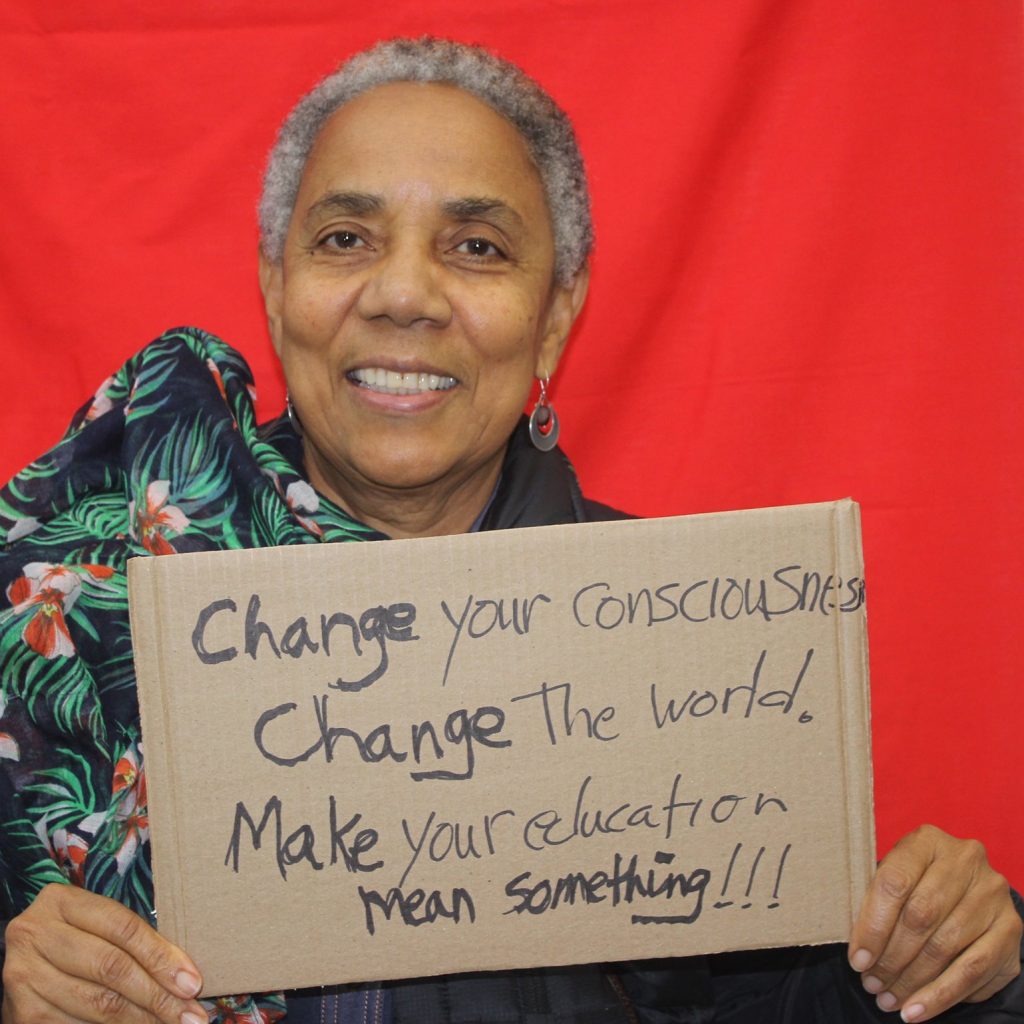 This interview of Lillian Allen by Chrystos was recorded during a TIA House symposium called Wisdom Council in September 2019. Wisdom Council recognized the imperfect knowledge transmission methods of the colonial system, and particularly the ways it has tended to fragment non-Western knowledges and privilege the textual over the oral. Using a combination of traditional and contemporary practices, it brought together a small council of mostly BIPOC senior practitioners in the contemporary arts to sit in council over three days to discuss such topics as what our communities need now; memory and forgetting; care of elders in racialized communities; stories of the past, present and future; stories in cyclical time; community formations they’ve experienced; community formations they remember; how they understand the work that needs to be done; and practices and strategies that might be of use or interest in the present moment. This interview was recorded as part of the gathering’s work.

Chrystos—from poetry foundation: Menominee poet and activist Chrystos was born in San Francisco. In her work, she examines themes of feminism, social justice, and Native rights… She is the author of several collections of poetry, including Not Vanishing (1988), Dream On (1991), and Fire Power (1995)…Chrystos’s work has been featured in the anthologies This Bridge Called My Back: Writings by Radical Women of Color (1981, edited by Cherríe Moraga and Gloria E. Anzaldúa) and Living the Spirit: A Gay American Indian Anthology (1988, edited by Will Roscoe). With Tristan Taormino, she coedited the anthology Best Lesbian Erotica 1999 (1999).

Lillian Allen—from her website— Lillian Allen is a professor of creative writing at Ontario College of Art and Design University (OCAD)… Multi-disciplinary and experimental, Allen’s creativity crosses many genres including radio, theatre, music and film; as a writer, featured artist and producer/director and national radio show host… Allen is a recognized authority and activist on issues of diversity in culture, cultural equity, cross cultural collaborations, and the power of arts in education and has worked, locally, nationally and internationally in this capacity. Her eclectic, insightful and inspiring lectures and performances have taken her as far as Jamaica and Switzerland. She has also held the post of distinguished Writer-in-Residence at Canada’s Queen’s University and University of Windsor.

We recognize the generous support of the Canada Research Chairs program and the Social Sciences and Humanities Research Council. We also appreciate the support of the Faculty of Arts and the Department of English at the University of Calgary, where our offices are housed. As well as the guidance of Marc Stoeckle at the Taylor Family Digital Library. TIA House is run by Larissa Lai, Trynne Delaney, Rebecca Geleyn, Isabelle Michalski, and Joshua Whitehead.

The transcript for Episode 1 can be accessed here: TIAHT Episode 1.1 Transcript