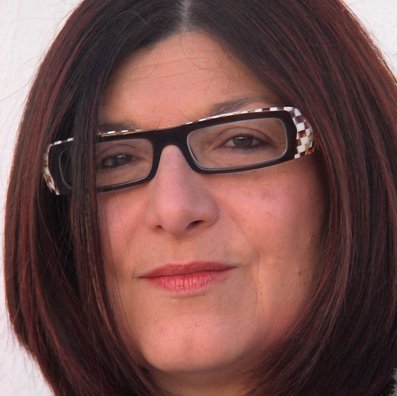 This interview of Smaro Kamboureli by Richard Fung was recorded during a TIA House symposium called Wisdom Council in September 2019. Wisdom Council recognized the imperfect knowledge transmission methods of the colonial system, and particularly the ways it has tended to fragment non-Western knowledges and privilege the textual over the oral. Using a combination of traditional and contemporary practices, it brought together a small council of mostly BIPOC senior practitioners in the contemporary arts to sit in council over three days to discuss such topics as what our communities need now; memory and forgetting; care of elders in racialized communities; stories of the past, present and future; stories in cyclical time; community formations they’ve experienced; community formations they remember; how they understand the work that needs to be done; and practices and strategies that might be of use or interest in the present moment. This interview was recorded as part of the gathering’s work.

Richard Fung is a video artist, cultural critic, and Professor Emeritus in the Faculty of Art at OCAD University. Much of his work deals with the legacy of colonialism in his birthplace of Trinidad and Tobago, Asian diaspora, and the intersection of race, gender, and queer sexuality.

Smaro Kamboureli is Avie Bennett Chair in Canadian Literature at the University of Toronto. Her research interests include CanLit as a disciplinary formation and diaspora and Indigenous studies.

• 5:42 – Moving to the United States with the Fulbright Fellowship
• 6:01 – Relationship with Robert Kroetsch
• 6:44 – Finding a community in Canada, including Fred Wah, bpNichol, Michael Ondaatje, George Bowering, Roy Miki
• 7:14 – Considering early iterations of CanLit, from authors like Margaret Laurence and Margaret Atwood, to (5:59) evolving ideas of CanLit, with Rudy Wiebe, Wah, Miki
• 9:30 – Supporting the small press industry, like NeWest Press, Turnstone Press, Thistledown Press, Talonbooks
• 9:42 – Founding the Manitoba Writers’ Guild
• 11:10 – Kamboureli’s first book of poetry titled in the second person
• 12:39 – Kamboureli’s academic book titled Scandalous Bodies: Diasporic Literature in English Canada
• 12:57 – Roy Miki and the Canadian Redress Campaign
• 13:10 – Learning about Japanese Internment camps, and visiting Ste Agathe
• 14:57 – Working in the 1980’s and early 90’s, including Writing Thru “Race” (1994). For reference, see Twenty Years of Writing thru “Race”: Then and Now (2015).
• 17:53 – Targeted violence towards Greek peoples in the early 20th c.
• 19:02 – Serving as a Canada Research Chair, founding the TransCanada Institute
• 21:03 – Collaborating with Daniel Coleman on Retooling the Humanities: The Culture of Research in Canadian Universities
• 25:31 – Oral discourse, and collaborating as an editor for Lee Maracle’s Memory Serves: Oratories
• 32:03 – “Presentism” and a reluctance to read complexity in the present moment
• 35:51 – Aging bodies: memory, dignity, and vulnerability in the aging process
• 39:30 – Heritage and the refugee experience, learnings passed down through family
• 42:54 – Greek culture, modern debates on Macedonia, cultural identity, and diaspora
• 43:48 – Greek Film Director Theo Angelopoulos and Ulysses’ Gaze (1995)
• 49:50 – Kinship, and current work on a book about diaspora and Indigeneity
• 52:59 – Film reference to the Angry Inuk (2016), and working in northern Indigenous communities
• 56:29 – Building a community of kinships and relationships outside academia

Our intro/outro music is “Monarch of the Streets” by Loyalty Freak Music.