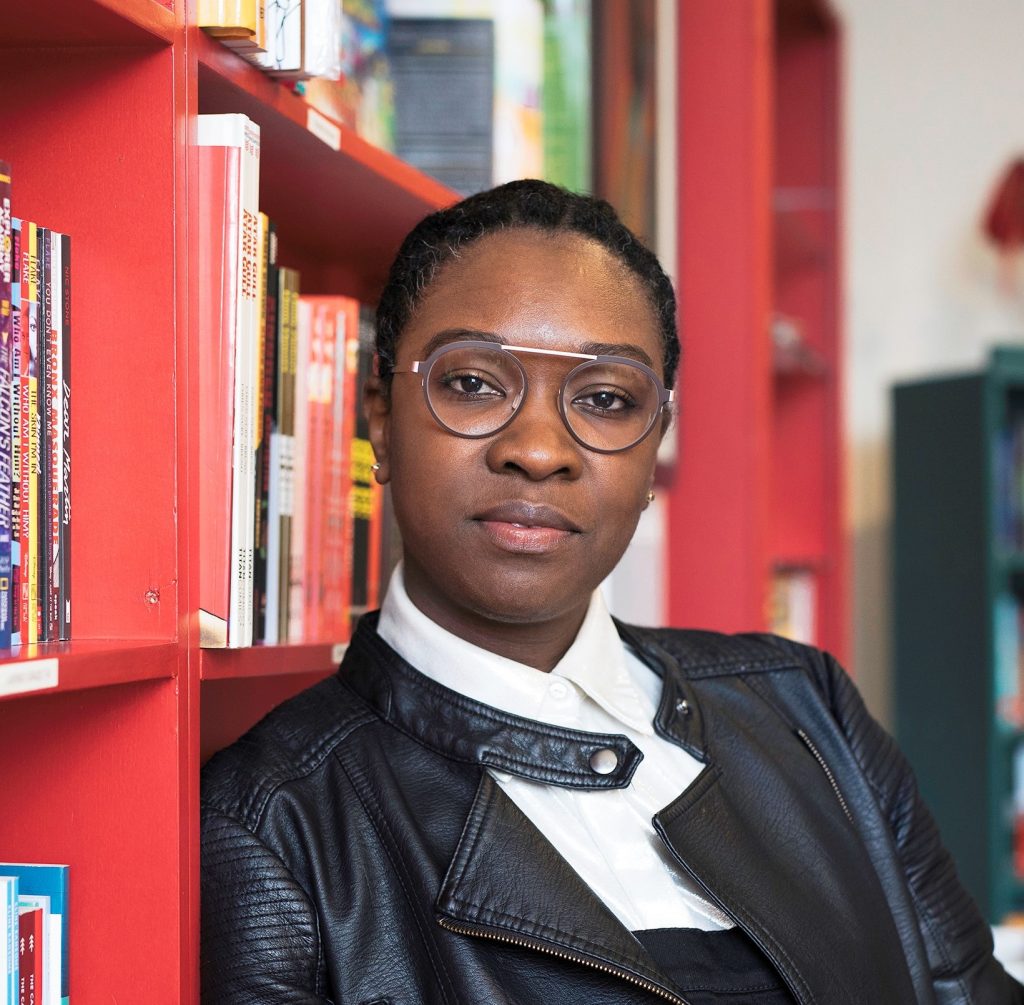 This interview with Canisia Lubrin by TIA House graduate assistant and writer Trynne Delaney was recorded in August 2020 for the TIA House Talks podcast series. Canisia first reads from her most recent book, The Dyzgraphxst, which flows into a conversation about language, oceans, and unsettling colonial grammar.

Bios:
(From Poetry in Voice):
Canisia Lubrin is a writer, editor, teacher, and critic, with work published widely in North America as well as in the UK. Translations of her work include into Spanish and Italian. She is the author of the awards-nominated poetry collection Voodoo Hypothesis (Wolsak & Wynn) and augur (Gap Riot Press), finalist for the 2018 bpNichol Chapbook Award. Lubrin’s fiction is anthologized in The Unpublished City: Volume I, finalist for the 2018 Toronto Book Award. She teaches English at Humber College and Creative Writing at Sheridan College and in the University of Toronto’s School of Continuing Studies. Her most recent book is The Dyzgraphxst, published by Penguin Random House.

Trynne Delaney is a writer currently based in Tio’tia:ke. Her writing consists mostly of musings about how we got here, where we are, who “we” encompasses, how to care in a violent world, and how to exist in spaces that are hostile to multiplicity. They are of Black Loyalist, African American, and european settler heritage and are lesbian, queer, and genderqueer. Trynne holds a Master of Arts in English Literature and Creative Writing from the University of Calgary where they completed a cli-fi hybrid form novel as their creative thesis. Her work was most recently published in GUTS Canadian Feminist Magazine, WATCH YOUR HEAD, The League of Canadian Poets’ chapbook These Lands: a collection of voices by Black Poets in Canada (edited by Chelene Knight), Metatron’s micrometa series, and her self-published chapbook death of the author. Trynne was a graduate assistant for TIA House in 2019-20 and currently works as an administrative assistant for Drawn & Quarterly.

Our Intro/Outro music is “Monarch of the Streets” by Loyalty Freak Music, accessed from the Free Music Archive.