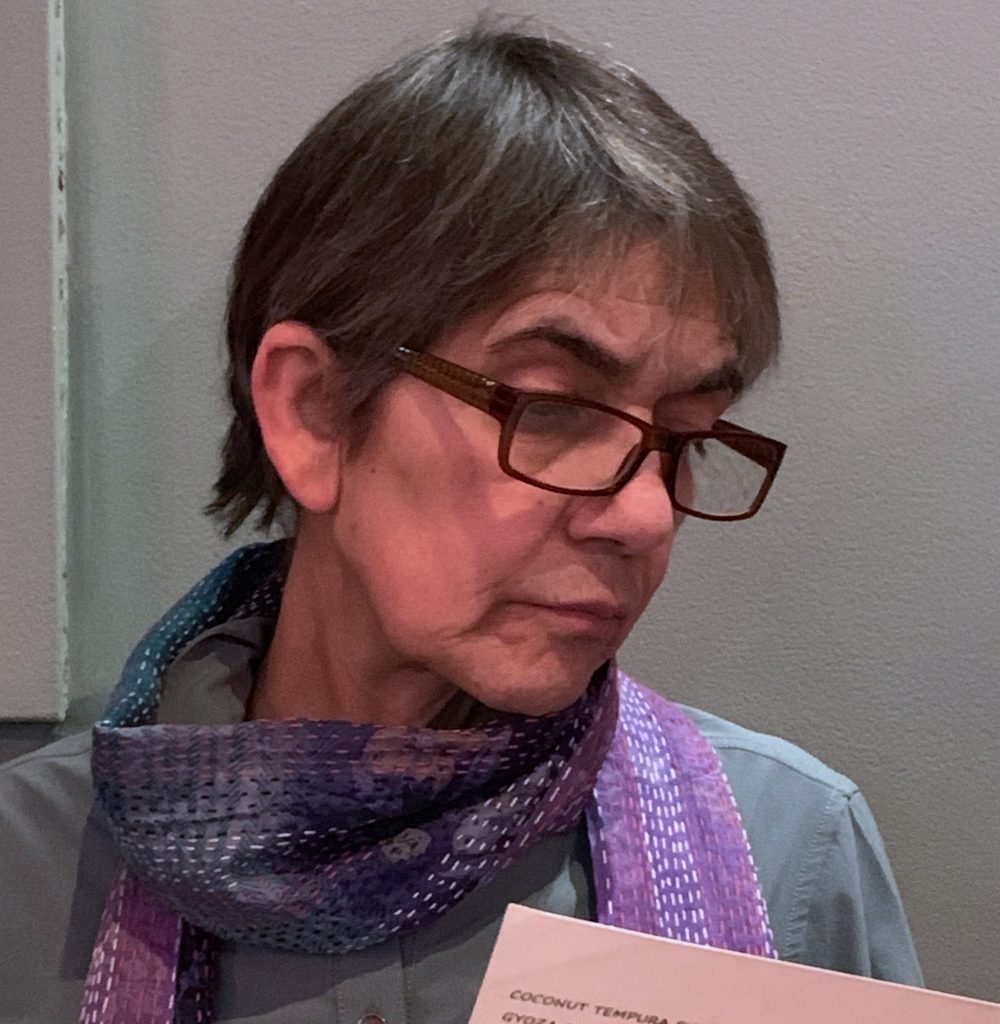 This interview of Aruna Srivastava by Chris Creighton-Kelly was recorded during a TIA House symposium called Wisdom Council in September 2019. Wisdom Council recognized the imperfect knowledge transmission methods of the colonial system, and particularly the ways it has tended to fragment non-Western knowledges and privilege the textual over the oral. Using a combination of traditional and contemporary practices, it brought together a small council of mostly BIPOC senior practitioners in the contemporary arts to sit in council over three days to discuss such topics as what our communities need now; memory and forgetting; care of elders in racialized communities; stories of the past, present and future; stories in cyclical time; community formations they’ve experienced; community formations they remember; how they understand the work that needs to be done; and practices and strategies that might be of use or interest in the present moment. This interview was recorded as part of the gathering’s work.

Chris Creighton-Kelly—from Rungh: Chris Creighton-Kelly is an interdisciplinary artist, writer and cultural critic born in the UK with South Asian/British roots. His artworks have been presented across Canada and in India, Europe & the USA. Chris has been persistently interested in questions of absence in art discourses. Whose epistemology is unquestioned? Who has power? Who does not? Why not?

For 30 years, he has worked extensively as an arts policy consultant for artists in all disciplines; arts organizations/institutions; government agencies in Canada and internationally. In 1989-91, Chris was a consultant to the Canada Council on issues of cultural/racial equity. His work launched the formation of two important offices – the Aboriginal Arts Office and the Equity Office which have subsequently led the way in transforming the Council from an exclusively European arts agency to one in which multiple art traditions and practices are honoured and funded. In 1991-92, he worked at the Banff Centre designing and directing a 20 artists’ residency, Race and the Body Politic which indirectly influenced the establishment of the Aboriginal Arts program.

In 2012, Chris was a co-recipient, with France Trépanier, of the inaugural Audain Aboriginal Curatorial Fellowship awarded by Art Gallery of Greater Victoria. In 2011, they co-authored Understanding Aboriginal Art in Canada Today for the Canada Council.

In additional to serving on many departmental, faculty and university committees, Aruna has been coordinator of the Faculty of Arts International Indigenous Studies program since 2013, and special advisor to the Faculty of Graduate Studies on Diversity, Equity and Inclusion since 2017. Most recently, she has contributed her wisdom and expertise to the Working Group for ii’taa’poh’to’p, the university’s Indigenous strategy.

We recognize the generous support of the Canada Research Chairs program and the Social Sciences and Humanities Research Council. We also appreciate the support of the Faculty of Arts and the Department of English at the University of Calgary, where our offices are housed. As well as the guidance of Marc Stoeckle at the Taylor Family Digital Library. TIA House is run by Larissa Lai, Trynne Delaney, Rebecca Geleyn, Isabelle Michalski, and Joshua Whitehead.

The transcript for Episode 2 is available here: TIAHT episode 1.2 transcript