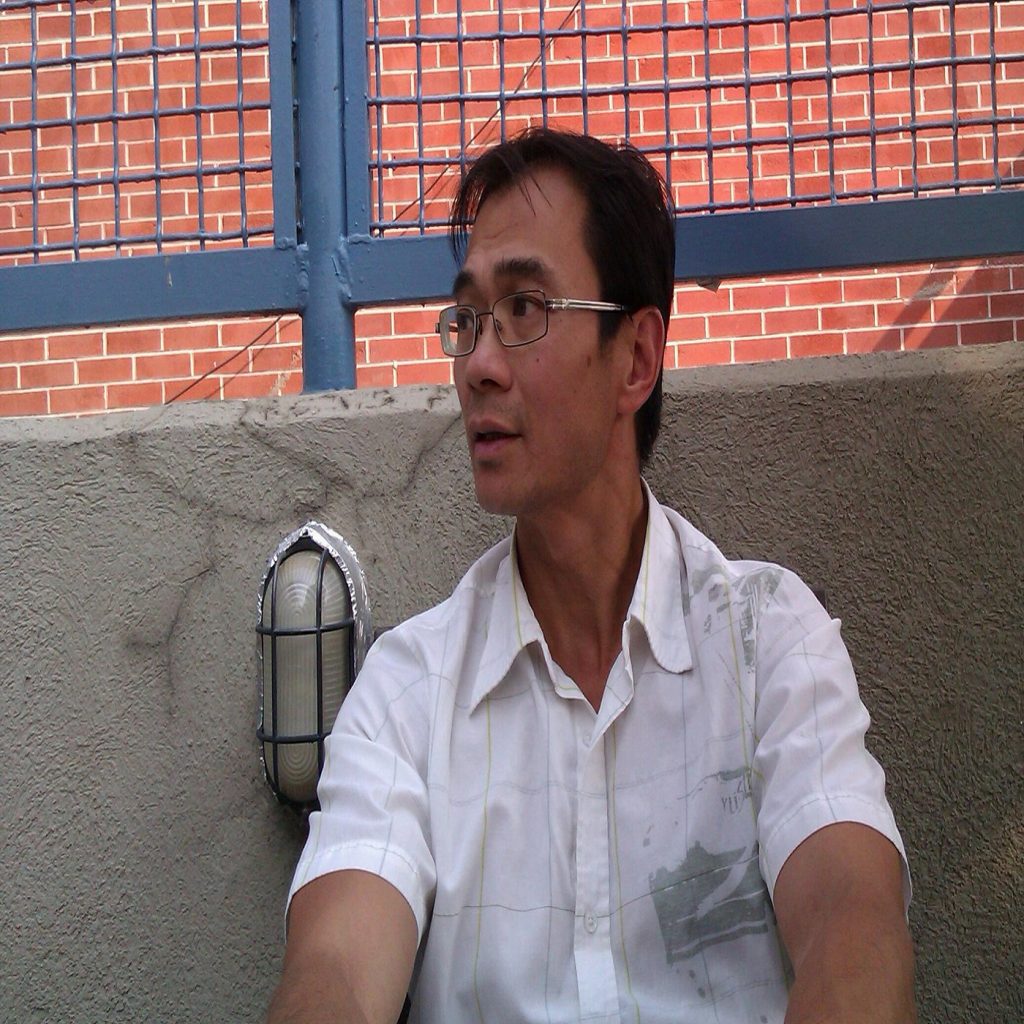 In this interview of Weyman Chan by Marc Herman Lynch, their conversation takes the shape of dichotomies and productive, generative tensions that exist between two seemingly disparate points. The conversation, bookended by two readings by Weyman, moves from knowing and unknowing, to the persona and the author, to the scientific and the poetic. As Weyman Chan discusses his process, it becomes clear that these binary oppositions exist only in the obtuse lens. To Chan, poetics are much more nebulous, and dwelling in the ambiguity of language can strip away preconceived notions, forcing a magnification that exposes the nebulous molecularity of art and life.

Marc Herman Lynch is a mixed-race author currently doing his PhD in English at the University of Calgary and acting president of filling Station magazine. He has been an event organizer around Calgary, most notably through flywheel Reading series and worked with youth at Wordsworth Youth Writing Camp. His debut novel, Arborescent, was published by Arsenal Pulp Press in 2020.

Weyman Chan Bio
Finalist for the 2008 Governor General’s Award for his second book of poetry, Noise From the Laundry, Weyman Chan divides his time between writing, family, electron micrographs and non sequitur fluxes in spacetime, brought on by insomnia…. Catfish. As poetry editor of Calgary’s experimental literary magazine, fillingStation, he’s convinced that multiple universes intersect the ways in which ideas intersect a single word. His latest poetry book, Human Tissue—a primer for Not Knowing— examines rage and the quest for origin.

4:00 – Weyman Chan Reads from Chinese Blue: “Alberta blues,” “exclusion principle,” and “that animal”
8:40 – The separation between the persona and the author
10:40 – Shifting perspectives between books, including hypoderm and Noise from the Laundry
12:45 – Humour as a gleeful response to the world in Chinese Blue, with reference to Frank O’Hara
15:30 – How the process of not knowing informs poetic creation
18:40 – Weyman’s book Human Tissue: A Primer for Not Knowing, and inspiration from Mary Shelley’s Frankenstein
20:20 – Fred Wah’s Faking It and the idea of perpetual discovery
21:35 – Weyman’s interview with The Malahat Review, and Heisenberg’s “uncertainty principle”
28:35 – The differing lenses of magnification in Weyman’s writing
36:50 – Discussion on pet peeves, the nature of obscure language, and learning from instructors like Chris Wiseman and Fred Wah
43:05 – Hybridity, and the movement between East Asian and European traditions
48:35 – False dichotomies and the relationship between science and art
53:25 – Frank O’Hara’s slide between frivolity and tragedy in “A Step Away from Them”
56:20 – Inspiration and the spark in Weyman’s practice
59:02 – A reading of three poems from Human Tissue