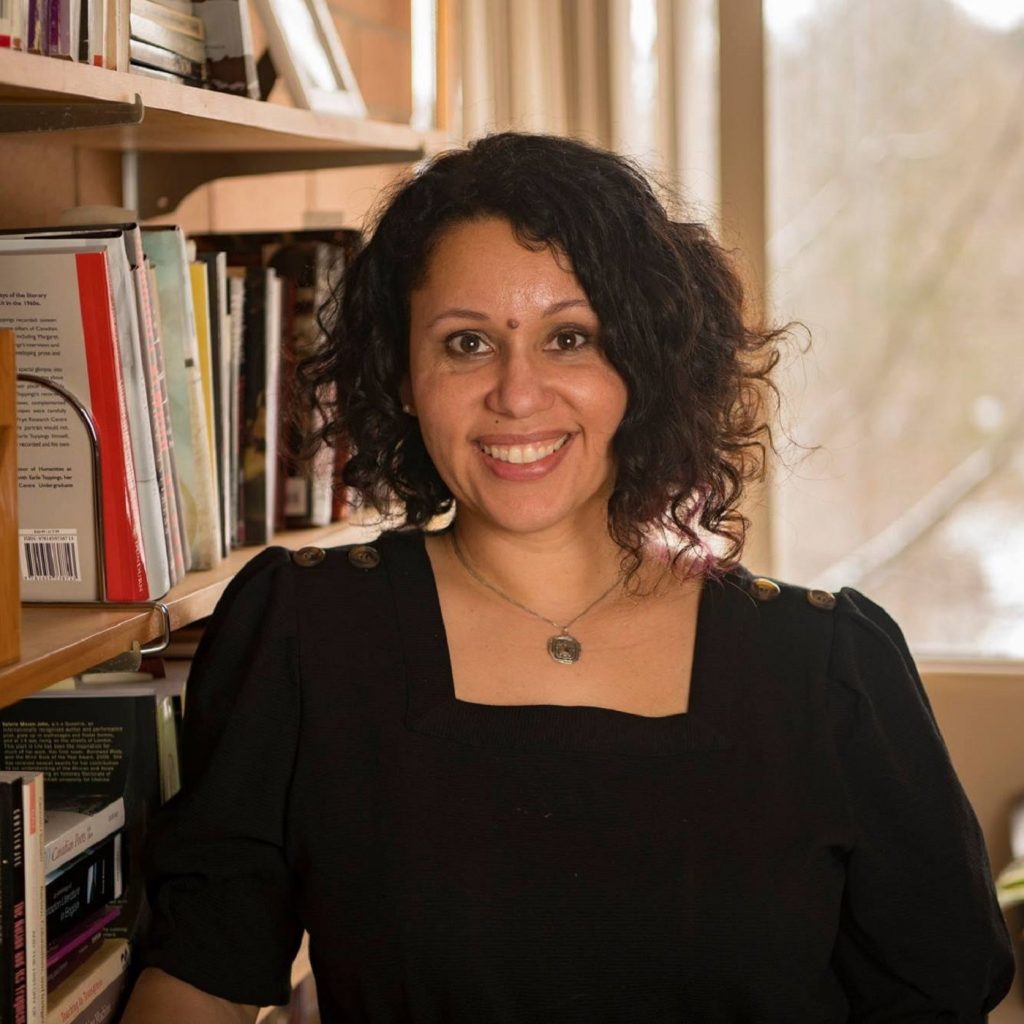 Intro:
In this Interview of Karina Vernon by Mahmoud Ababneh, the conversation is backdropped by the Canadian prairies. Karina and Mahmoud discuss the mythology of a white Eurocentric prairies, a space historically defined as monochromatic. Of course, this is simply a myth, reified by an educational institution that shies away from uncomfortable truths, which is where Karina believes the real education lies. As they discuss, Karina’s book, The Black Prairie Archives: An Anthology is the truth of a multicultural and polyvocal Alberta, a history that was absent in Karina’s youth. Karina discusses the pertinence of this type of archival work as well as the problematics of representation. Ultimately, Karina sees hope as her essential text is being implemented in the classroom as a decolonizing companion to traditional canonical literary programs. Finally, Karina speaks to the forthcoming expansion of the The Black Prairie Archives called Critical Readings in The Black Prairie Archives. This interview was originally recorded in spring 2021.


Mahmoud Ababneh is pursuing a Ph.D. in English Literature at the University of Calgary on Treaty 7 territory. His research centers around trans-Indigenous and postcolonial literatures, decolonization, and settler-colonialism. Mahmoud is currently teaching at Red Deer Polytechnic. His work appeared in the Journal of Holy Land and Palestine Studies.

Karina Vernon is Associate Professor of English at the University of Toronto Scarborough where she researches and teaches in the areas of Canadian and Black Canadian literature, Black aesthetics, archives, critical pedagogy, and Black-Indigenous solidarities. She is editor of The Black Prairie Archives: An Anthology, published by Wilfrid Laurier University Press in 2020 and a companion volume, Critical Readings in the Black Prairie Archives, which is forthcoming. She is at work on a five-year SSHRC-funded project “Black Art and the Aesthetics of Spatial Justice,” which seeks to understand how mid-century urban renewal projects that destroyed inner-city Black neighbourhoods across North America gave rise to a new Black literary aesthetic. With Winfried Siemerling (UWaterloo) she is working on a book project on the politics and aesthetics of relation of Black Canadian cultural achievement, including writing, music, film, and visual art.

3:41 – How Karina is managing teaching and living during the COVID-19 pandemic in Toronto

4:00 – Karina references Dionne Brand and the systemic inequalities that COVID-19 has exposed

11:26 – The difference between how the institution sees itself and what it really is

14:40 – How the classroom can be a form of activism and engage with social justice issues

20:28 – Karina on slowing down in the classroom and sticking with the hard things

26:09 – Dedicating classroom conversation to the reality outside the classroom

29:17 – Karina’s process of researching The Black Prairie Archives: An Anthology and how it intersects with the absence of knowledge in her youth

33:22 – Karina on accessing the archives, the work already being done, and the generosity of the community

40:11 – Karina discusses the violent act of bounding and sanitizing history in whiteness

43:01 – How The Black Prairie Archives: An Anthology continues the work of diversifying CanLit

45:04 – The complexities of black settlers in the Canadian prairies and the geographies of empire

58:44 – Mahmoud references Karina Vernon’s “The Outside of the Inside: Blackness and the Remaking of Canadian Institutional Life” and Suzette Mayr’s Dr. Edith Vane and the Hares of Crawley Hall