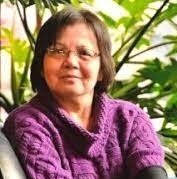 This episode is dedicated to Daniel David Moses

This interview of Lenore Keeshig by Lillian Allen was recorded during a TIA House symposium called Wisdom Council in September 2019. Wisdom Council recognized the imperfect knowledge transmission methods of the colonial system, and particularly the ways it has tended to fragment non-Western knowledges and privilege the textual over the oral. Using a combination of traditional and contemporary practices, it brought together a small council of mostly BIPOC senior practitioners in the contemporary arts to sit in council over three days to discuss such topics as what our communities need now; memory and forgetting; care of elders in racialized communities; stories of the past, present and future; stories in cyclical time; community formations they’ve experienced; community formations they remember; how they understand the work that needs to be done; and practices and strategies that might be of use or interest in the present moment. This interview was recorded as part of the gathering’s work.

Lenore Keeshig is a citizen of the Saugeen Ojibway Nation on the Saugeen Bruce Peninsula,

and resides on Neyaashiinigmiing (ne-yaa-shee-ni-gming) (home to the Chippewas of Nawash Unceded First Nation). Lenore is a storyteller, poet, award-winning author, naturalist, mother, grandmother, and great grandmother. Her long-awaited first collection of poetry Running on the March Wind was published in 2015. Currently, she works delivering programs that teach about the natural and cultural history of the peninsula and the Great Lakes and helps area visitors to better understand their connections to the land and water.

Lillian Allen—from her website— Lillian Allen is a professor of creative writing at Ontario College of Art and Design University (OCADU). Multi-disciplinary and experimental, Allen’s creativity crosses many genres including radio, theatre, music and film; as a writer, featured artist and producer/director and national radio show host. Allen is a recognized authority and activist on issues of diversity in culture, cultural equity, cross cultural collaborations, and the power of arts in education and has worked, locally, nationally and internationally in this capacity. Her eclectic, insightful and inspiring lectures and performances have taken her as far as Jamaica and Switzerland. She has also held the post of distinguished Writer-in-Residence at Canada’s Queen’s University and University of Windsor.

Entanglement with The Writers’ Union of Canada

The Trickster as central figure for Indigenous Lit

The invisible labour of BIPOC women

The “universal” reader vs. writing for community

The importance of tobacco in Anishinaabe culture and four medicines

Loss and gaining of relationships

Activism in the age of social media

How the communication shifts as technologies do

Children as teachers: wrestling with God

Hope for the next generation

The power of “letting go” and “remaking one’s self”

Learning to make it “home” through connection to the land

Ending on a personal story of survivance about Lenore’s father

10:58—Lillian refers to the entanglement with The Writers’ Union of Canada

13:53—The organization Lenore talks about is The Committee to Reestablish the Trickster (CRET). See Moses’ piece about CRET in the American Indian Quarterly, “The Trickster’s Laugh: My Meeting with Tomson and Lenore”: www.jstor.org/stable/4139046?seq=1.

24:33—Lenore’s piece in the Globe and Mail is “Stop Stealing Native Stories”: www.theglobeandmail.com/news/national/cultural-appropriation-stop-stealing-native-stories/article35066040/

TIA House recognizes the generous support of the Canada Research Chairs program and the Social Sciences and Humanities Research Council. We also appreciate the support of the Faculty of Arts and the Department of English at the University of Calgary, where our offices are housed, as well as the guidance of Marc Stoeckle at the Taylor Family Digital Library. TIA House is run by Larissa Lai, Trynne Delaney, Rebecca Geleyn, Isabelle Michalski, and Joshua Whitehead.


Our intro/outro music is “Monarch of the Streets” by Loyalty Freak Music.

Monika Kin Gagnon’s Other Conundrums and Carol Tator et al.’s Challenging Racism in the Arts are two important books addressing the period that Lenore and Lillian are talking about: