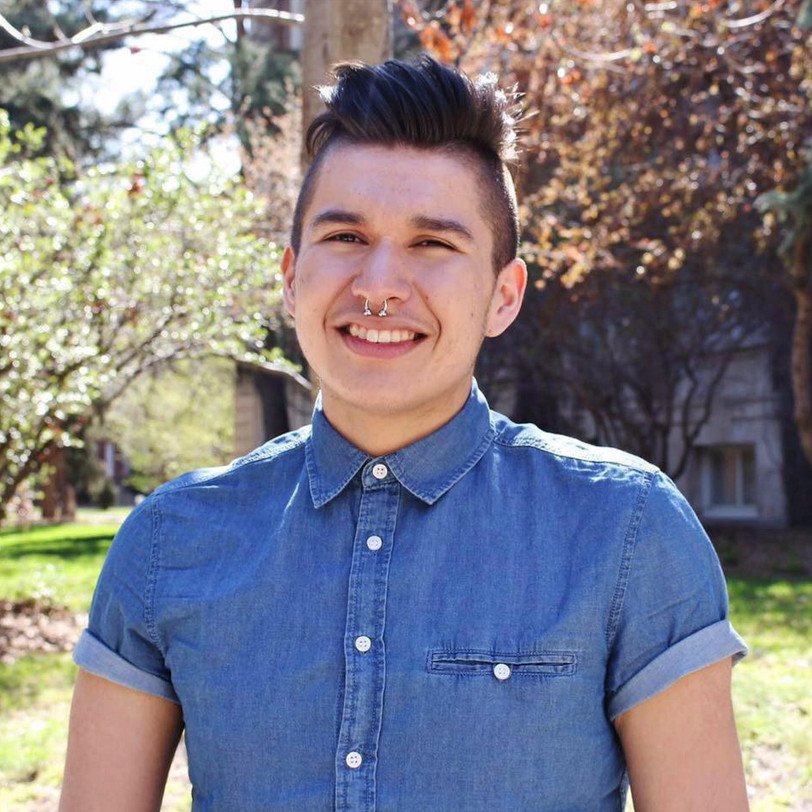 Billy-Ray Belcourt is from the Driftpile Cree Nation. He is a Ph.D. student in the Department of English and Film Studies at the University of Alberta. He is a 2016 Rhodes Scholar and holds a M. St. in Women’s Studies from the University of Oxford. In 2016, he was named one of six Indigenous writers to watch by CBC Books. He was the winner of the 2016 P.K. Page Founder’s Award for Poetry. Named by CBC Books (via Tracey Lindberg) as one of six Indigenous writers to watch, his work has been published in Assaracus: A Journal of Gay Poetry, Decolonization, Red Rising Magazine, mâmawi-âcimowak, SAD Mag, Yellow Medicine Review, The Malahat Review, PRISM International, and The Next Quarterly. His debut collection of poems, THIS WOUND IS A WORLD was published by Frontenac House in 2017.

A light lunch will be served. 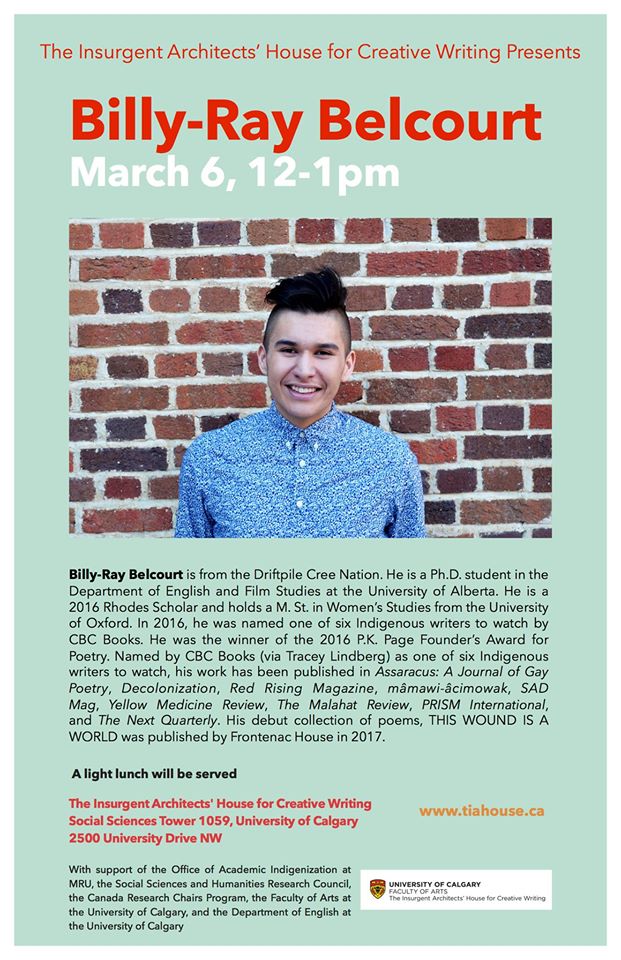