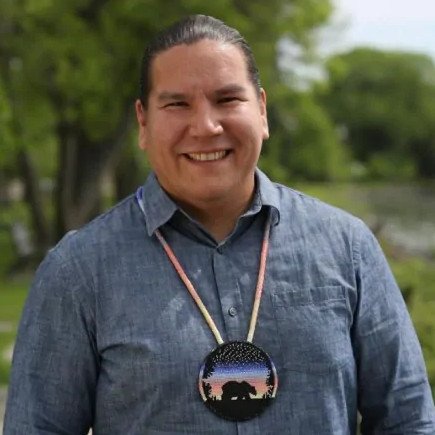 Event Description: Our present moment is one that inherits a long history of anti-racist/cultural diversity/cultural equity movements in Canadian/Turtle Island writing communities, movements that have spawned organizations and events across the space we sometimes called Canada. Some of these events and organizations include: the Aboriginal Writers’ Collective, Celebrating African Identity international arts conference, the Black Canadian Writers’ Conference, the Asian Canadian Writers’ Workshop, Black History Month, the Appropriate Voice, and Writing Thru Race. The Cultural Equity Office and the Aboriginal Arts Office at the Canada Council has existed since the early 1990s.  The Department of Canadian Heritage also has a history of supporting racialized writers within set parameters. Many writers organizations, including the Writers’ Union of Canada and Canadian Creative Writers and Writing Programs house equity committees. And yet, racialized writing communities in Canada still struggle for a place at the table. This panel seeks to interrogate the history of anti-racist cultural movement in Canada to ask not “Where is here?” but “When is now?” How have the writing and working conditions for racialized writers moved and shifted over time, and what are they like now? Does a politics of the body still matter? Where do we sit in relation to the terms that were so powerful in the 1980s and 1990s: representation, appropriation, recognition, affirmative action, breaking the silence, speaking truth to power and more? What historic conditions, if any, have passed? What new conditions– systemic or historically specific– have arisen? How are racialized writing communities affected by shifts in economic structures, new paths of global movement, new forms of citizenship and new forms of exclusion?  How are racialized writing communities specifically affected by shifts in the publishing industry– its economics, its distribution networks, the move towards digital publishing? What kinds of intersectional, relational and/or coalitional confluences are important and necessary? Or alternately, contentious and in need of discussion? To what extent can/should our coalitions be interdisciplinary?

Curated by Larissa Lai and sponsored by The Insurgent Architect’s House for Creative Writing at the University of Calgary, panellists include: Lillian Allen, Farzana Doctor, Waubgeshig Rice and Jill Yonit Goldberg.

Lillian Allen is a Creative Writing Professor at the Ontario College of Art & Design University in Toronto Canada. Allen emerged from the grassroots in the seventies to become a leading influential figure on the Canadian cultural landscape, both at the level of poetic practice and at the level of cultural organizing.

She is an award winning and internationally renowned poet. As one of its lead originator and innovators, she has specialized in the writing and performing of dub poetry, a new genre of English Literature which is a highly politicized form of poetry preferring a black aesthetic and specific cultural codification. Dub poetry is a poetic form, which stylizes vernacular language, the emotive quality and inherent musicality of words and is sometimes set to music. It is considered a literary godmother of rap, hip-hop and spoken word poetry.

Farzana Doctor a Toronto-based author of three novels: Stealing Nasreen, Six Metres of Pavement (which won a Lambda Literary Award in 2012 and was short-listed for the Toronto Book Award) and the recently released All Inclusive. She was named as one of CBC Books’ “Ten Canadian Women Writers You Need to Read Now” and was the recipient of the Writers’ Trust of Canada’s Dayne Ogilvie Grant (2011). She curates the Brockton Writers Series.

She is a proud member of The Writers Union of Canada and has been instrumental in the resurgence of the Equity Committee there.

Waubgeshig Rice is an author and journalist originally from Wasauksing First Nation. He developed a strong passion for storytelling as a child while learning about being Anishinaabe. The stories his elders shared and his unique experiences growing up in his community inspired him to write creatively. Some of the stories he wrote as a teenager eventually became Midnight Sweatlodge, his first collection of fiction published by Theytus Books in 2011. His debut novel, Legacy, was also published by Theytus in the summer of 2014. His journalism career began when he was a 17-year-old exchange student in northern Germany, writing about being Anishinaabe in a European country for newspapers back in Canada. He graduated from Ryerson University’s journalism program in 2002, and has worked in a variety of media across Canada since. He started working for CBC in Winnipeg in 2006. Along with reporting the news, he has produced television and radio documentaries and features for the public broadcaster. He currently works as a video journalist for CBC News Ottawa. In 2014, he received the Anishinabek Nation’s Debwewin Citation for Excellence in First Nation Storytelling.

Jill Goldberg teaches literature and creative writing at Langara College in Vancouver and she is also a student at UBC’s MFA program in Creative Writing. Her writing and photography have been featured in Sub Terrain, Matrix, and Friction Magazines as well as the in Globe and Mail and Tikkun Magazine. She recently won The Tethered by Letters poetry prize, and was a finalist for the New Guard poetry contest. Currently, Jill is on the editorial board of Tikkun Magazine, and on the board of directors of CCWWP.

In addition to her literary activities, Jill was a founding member of Montreal’s chapter of Women in Black, she’s taught photography to survival sex workers in Vancouver, and built houses with Habitat for Humanity. She also dances the tango.

She is working on her first novel and on getting a short film made.

Larissa Lai is the author of two novels, When Fox Is a Thousand and Salt Fish Girl; two books of poetry, sybil unrest (with Rita Wong) and Automaton Biographies; a chapbook, Eggs in the Basement; and most recently, a critical book, Slanting I, Imagining We: Asian Canadian Literary Production in the 1980s and 1990s. A recipient of the Astraea Foundation Emerging Writers’ Award, she has been shortlisted for the Books in Canada First Novel Award, the Tiptree Award, the Sunburst Award, the City of Calgary W.O. Mitchell Award, the bpNichol Chapbook Award,  the Dorothy Livesay Prize and the ACQL Gabrielle Roy Prize for Literary Criticism. She has a history of cultural organizing that dates back to the late 1980s,  has recently completed a stint as Second Vice Chair of the Writers’ Union of Canada, sits on the board of CCWWP, and was one of the organizers of the 1994 conference Writing Thru Race. Currently, she holds a Canada Research Chair in Creative Writing at the University of Calgary and directs The Insurgent Architects’ House for Creative Writing there.