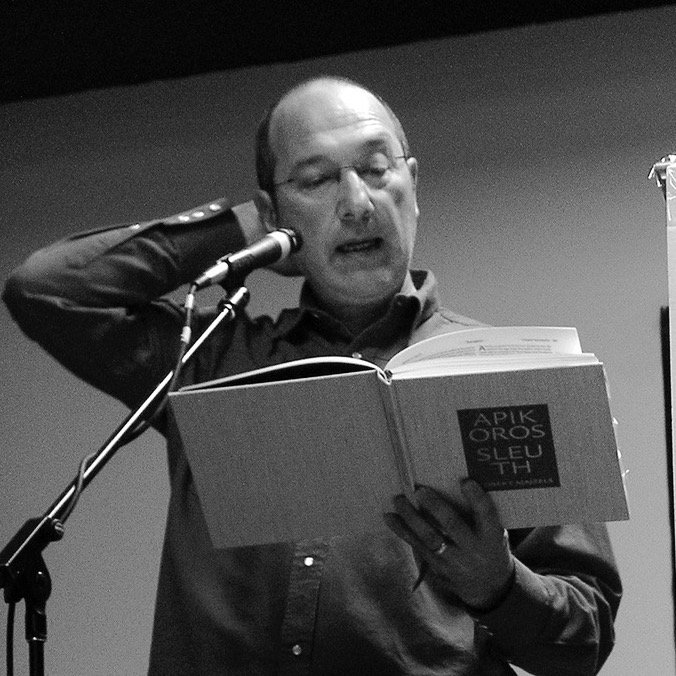 On kHarLaMoV’s aNkLe, a utopian fantasy: we were kHarLaMoV’s aNkLe we served the occasional need. for violence because protest is tolerated so long as it does not disturb the daily commute hang on while i make another buck mean. while mornings the hackademics retweet a friend’s progressive cAt. video hit the treadmill for a five mile jog then off to school show off how smart they are later a drink with a hated colleague and home to bed the peaceful transition. to fascism

On robert majzels: Aspiring to be free of the proper noun, robert majzels disturbs his signature. He chooses not to list prizes and publications; he will not stand for this nation state’s national anthem; will not use the phrases, ‘so honoured to be…,’ ‘very excited to be…,’ ‘really looking forward to…’ Robert currently resides on the territory of the T’Sou-ke Nation, where he writes from time to time. He is mostly biodegradable. 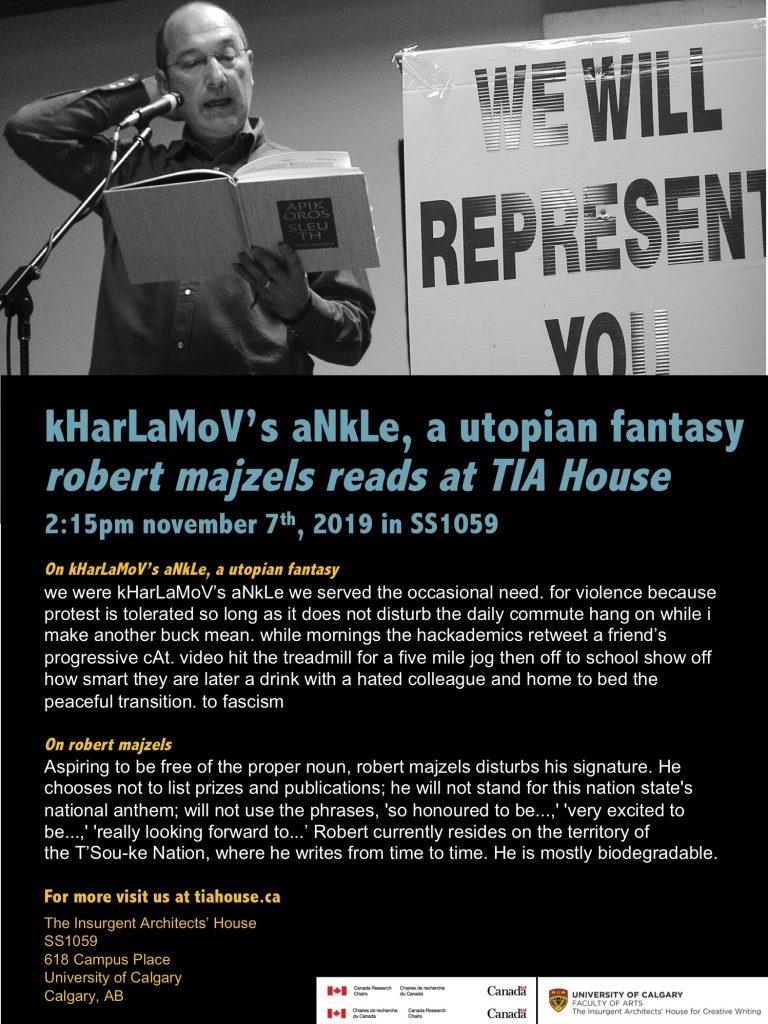