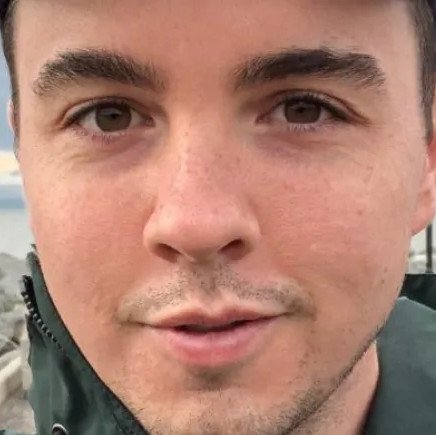 Peter Forestell: The Top Three Reasons Why I Don’t Want to Write About My Experience With Plagiarism

In April of 2016, I discovered that a fellow PhD student in Creative Writing had taken a paragraph I shared in a workshop two years earlier, deleted some words, added enjambments, and published the resulting poem as his own work, without crediting me. In the time since, I have often thought that the ensuing drama, including frustrating meetings with university administrators, lengthy discussions about restorative justice and appropriate punishments with a supportive supervisor, grad program director, and department head, and the whispers of fellow grad students as they shared their own negative interactions with this particular student, should prove fertile ground for my own writing. As a “bad thing that happened to me,” this experience should, I believed, at least furnish me with that possession writers prize above all: material. However, when I sit down to write about it, I feel an overwhelming desire to give up before I even begin, to move on to other topics. So when Larissa Lai approached me to write about plagiarism for the TIA House blog, I determined that the only way I could proceed was to explore the reasons why I did not want to write about my writing being stolen. Here are the top three:

As a white, cisgender gay man, I enjoy a lot of privilege. I had no trouble finding people in power to believe me. (What they did in response is another matter, covered in #2). This is not the case for many women in creative writing programs, who experience sexual harassment and violence from men, often their professors. These women, when they do come forward, are frequently disbelieved by university administrations or ignored or pushed to the sidelines. This pattern of disbelief and distancing extends into broader CanLit communities. It was only a little more than a year ago, in the #UBCaccountable debacle, when CanLit luminaries gathered in support of the professor accused of harassing and abusing his female students, and not the students themselves. Before that, in a 2014 piece for The Hairpin “Stories Like Passwords,” Emma Healey documented how women create secret networks to warn each other about known predators in their creative communities. Writing communities, Healy and others tell us, are vulnerable to asymmetrical distributions of power such that perpetrators of harassment and violence often face little to no repercussions. In comparison, my own situation seems small and tangential, and any public discussion of it risks diverting focus from these vital, life-saving conversations.

2) The University’s bureaucracy exhausted my will

There were times that spring when I felt like Ms. Flite from Dickens’ Bleak House. She’s the old woman who haunts the Chancery halls with her papers, testimonies, and bills, waiting for her judgment in the interminable Jarndyce vs Jarndyce suit. And while I certainly found more sympathetic listeners than Ms. Flite, I felt like her every time I sent my 10 MB pdf of “evidence,” a file of screenshots, critiques, and writing to another university official. I sympathized with Ms. Flite’s belief that if she just held her papers aloft in the halls of authority for long enough, she would get her judgement. Where others see naivety, derangement, a hopeless case, I see a strength I could never wholly find within myself, a resolve to follow a matter through to its necessarily unsatisfactory end. I don’t want to produce another piece of paper to thrust under the nose of an indifferent justice. But even more so, I felt like her because in her dark, cold apartment she keeps birds, about 20 “larks, linnets, and goldfinches” in all, and as for why, she says, “I began to keep the little creatures [….] with the intention of restoring them to liberty. When my judgment should be given.” I felt like her every time I sat down to write, and quickly decided to put it off until I felt settled. It took a while for me to act on what she says next: “Their lives, poor silly things, are so short in comparison with Chancery proceedings, that, one by one, the whole collection has died over and over again.” As sentimental as it sounds, by turning away from this incident, by acknowledging that it happened but does not continue to happen, as writing about it might suggest, I open those cages and set the larks, linnets, and goldfinches free.

3) I don’t know what to learn from this

And yet, I still keep some birds caged. As hard as it is to admit, there was a part of me that enjoyed having my work stolen. It meant that I sat at the centre of a crisis, the star of the show, while I put off the hard, and often painful, work of writing. Instead, I watched with a small, but significant amount pleasure while someone who wronged me suffered himself. The fact of being in the right was a thrill. Not a very compassionate thrill, but a thrill nonetheless. In a way, I collected sympathy, expressions of support for me and dislike for him, like a racoon collects shiny pieces of tin. I wish I could say that I have moved past this pettiness, this selfish and self-serving, and to be frank, ugly part of my character. But I still feel a needle of pleasure whenever I think of his theft. This pleasant pricking sensation is, I believe, my body’s attempt to cover up, or to recover from, the pain of violation. A tendency to gleefully wallow in the mess of that time is the best indicator I have that there is still a wound in need of healing. Intellectually, I know how to close this wound: to stay with the pain, to feel it, without dramatization, without attaching it to a storyline of the poor writer who would have finished his book if it weren’t for the mean man who stole away my pages. I struggle to remember that the ground on which I stand is not shaky because this incident shook it up, but because shakiness is part and parcel of the ground itself. The ground will not settle for good just because this particular tremor has passed. At times, I remember this, and at others, I remember the pleasure of being wronged. I wish I only recalled the former. But I am an imperfect person, and the process is slow.