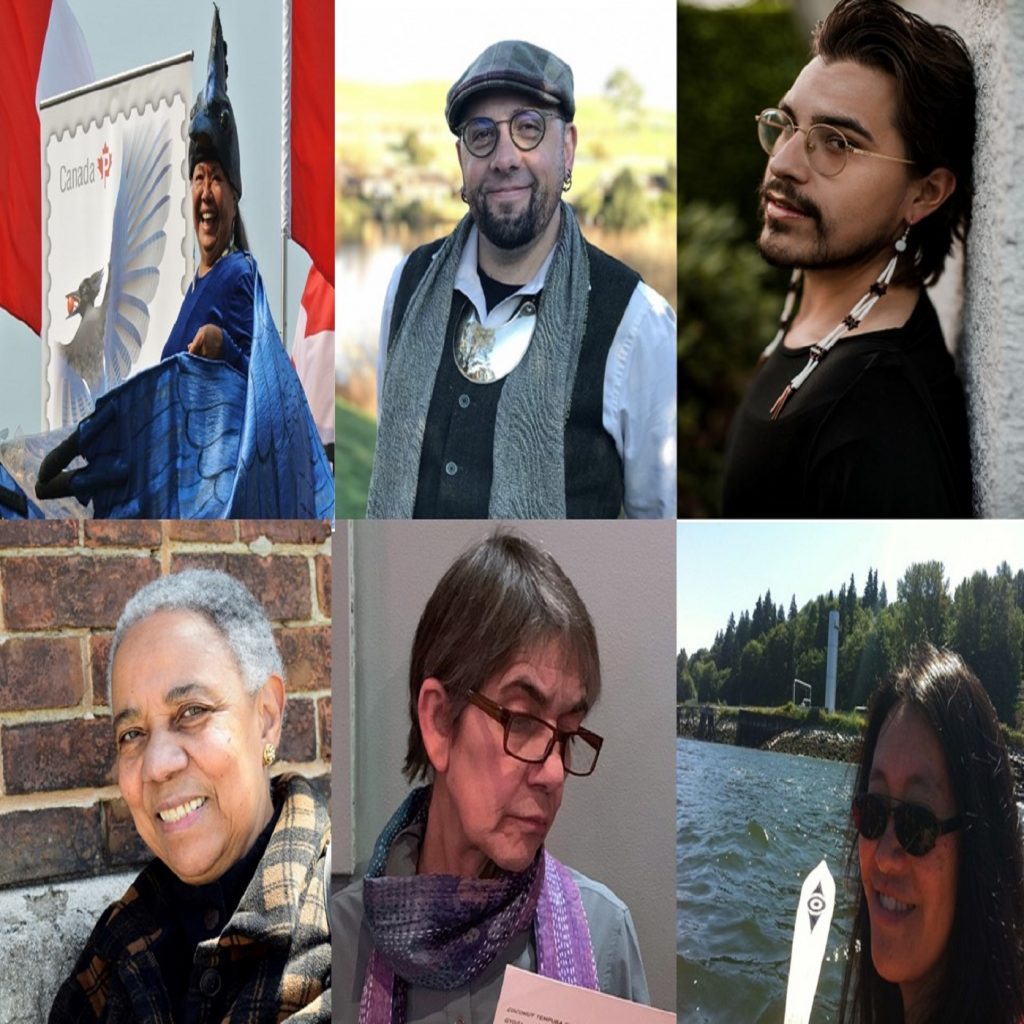 Join us for this special edition TIA House roundtable, in memory of the late Lee Maracle. Friends, peers, and colleagues pay tribute to Lee Maracle’s incredible legacy, gathering under the theme Remembering to Remember. Our guests share personal stories and reflect on their relationships, as they honour Lee Maracle’s work, writings, activism, her legacy of impact – and her incredible bonds and care for building community.

9:22 – Josh discusses Lee’s teachings, and her care for the late Richard Wagamese

33:33 – Lillian Allen on a friendship “outside of time,” sharing in activist causes, dub poetry, and June Jordan

49:33 – Group Discussion: Lee’s work in Memory Serves, and the transmission and transformation of Indigenous knowledges

51:40 – Daniel’s students inviting Lee to their class to discuss her book Will’s Garden

55:45 – Aruna on the experience of organizing a large gathering of Indigenous writers

59:00 – Lillian joining Lee on a walking tour on University of Toronto grounds – listening for the rivers underneath

1:01:33 – Dorothy on the power and complexity of Indigenous oratory work, and the need to recognize Lee’s contributions on a global scale

1:05:25 – Rita on the downstream, reimagining water gathering, and learning from the land

1:08:17 – Closing comments from the guests, and honouring Lee’s legacy

Books by Lee Maracle mentioned in this podcast

My Conversations with Canadians (2017)

Mahmoud Ababneh is pursuing a Ph.D. in English Literature at the University of Calgary on Treaty 7 territory. His research centers around trans-Indigenous and postcolonial literatures, decolonization, and settler-colonialism. Mahmoud is currently teaching at Bow Valley College. His work appeared in the Journal of Holy Land and Palestine Studies.

Joshua Whitehead is an Oji-nêhiyaw, Two-Spirit member of Peguis First Nation (Treaty 1). He is the author of full-metal indigiqueer, Jonny Appleseed, and Making Love with the Land as well as the editor of Love after the End: an Anthology of Two-Spirit and Indigiqueer Speculative Fiction. Currently, Whitehead is an Assistant Professor at the University of Calgary where he is housed in the English and International Indigenous Studies departments.

Daniel Heath Justice is a Colorado-born citizen of the Cherokee Nation. He lives in the traditional territories of the shíshálh people in coastal BC and works as Professor of Critical Indigenous Studies and English at UBC on unceded Musqueam territory. He is widely published in the field of Indigenous literary studies and Indigenous Studies more generally. His most recent book is the co-edited collection Allotment Stories: Indigenous Land Relations Under Settler Siege (U of Minnesota Press).

Dorothy Cucw-la7 Christian, PhD, is of the Secwepemc and Syilx Nations from the interior plateau regions of BC. Her home community of Splatsin, is one of 17 communities that comprise the Secwepemc Nation. She is the eldest of 10, has one daughter and over 65 nieces, nephews, great nieces and nephews and one great, great niece. Dr. Christian currently serves in the department of Graduate & Postdoctoral Studies at SFU as the Associate Director of Indigenous Policy & Pedagogy. Her research in academia has consistently centralized Indigenous knowledge even before those terms were recognized in the academy. Dorothy serves in various capacities in the Indigenous cultural industries. She is a Board member of the national Indigenous Screen Office organization and on the Advisory for the Indigenous Digital Accelerator Program at Capilano University. Recently, she has consulted with the Women in the Director’s Chair organization on their equity, diversity & inclusion training. Dorothy is cultural consultant on two TV series that are in development.

Dorothy was friends with Lee Maracle for 30 plus years.

Aruna Srivastava has spent many years working as an anti-racism educator in various community-based, arts, and academic contexts, focused in more recent years on the complexities and intersections of disability, illness, age, and trauma in this work. As a racialized arrivant/settler, who has been a guest in many Indigenous lands across the world, she has found a home for quite some time here in what the Blackfoot called Moh’kins’tsis in Treaty 7 territory. Aruna has in the past twenty years or so also been on a journey to work in alliance with Indigenous peoples; this has shown her better and wiser ways to work both within and against colonial structures, such as universities, arts institutions, and non-profit organizations. The work of (re)conciliation engages her specifically in that it requires storying and storing or archiving memory in many forms – and repudiates forgetting.

Lillian Allen Two-time JUNO Award winner and trailblazer in the field of spoken word and dub poetry, Lillian Allen artistically explores the aesthetics of old and new sounds in music to create her distinctive leading-edge brand of Canadian reggae with new world sounds in her poetry recordings. Her reggae dub poetry/spoken word recordings include her latest single Woken & Unbroken (2018), ANXIETY (2012), her groundbreaking first solo Juno award-winning album Revolutionary Tea Party, a Ms. Magazine Landmark Album, followed by another Juno winner, Conditions Critical. Her third album, Freedom & Dance and her recording for children and young people, Nothing But a Hero, were released to critical acclaim.

Rita Wong attends to the relationships between contemporary poetics, water justice, ecology, and decolonization. She has co-edited an anthology with Dorothy Christian entitled Downstream: Reimagining Water. A recipient of the Dorothy Livesay Poetry Prize and the Asian Canadian Writers’ Workshop Emerging Writer Award, Wong is the author of beholden (Talonbooks, 2018, with Fred Wah), undercurrent (Nightwood, 2015), perpetual (Nightwood, 2015, with Cindy Mochizuki), sybil unrest (Line Books, 2008, with Larissa Lai), forage (Nightwood, awarded Canada Reads Poetry 2011), and monkeypuzzle (Press Gang, 1998).
Wong works to support Indigenous communities’ efforts towards justice and health for water, having witnessed such work at the Peace River, the Wedzin Kwa, the Columbia River, the Fraser River, the Salish Sea, and the Arctic Ocean watershed. She understands that when these waterways are healthy, life (including people) will be healthy too, and that we cannot afford to endanger and pollute the waters that sustain our lives.